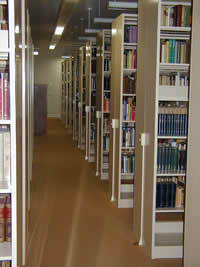 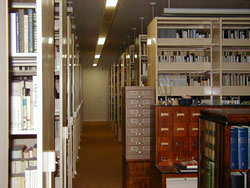 Staff and directors of the Foundation are all volunteers. Initial donations from the public and from private foundations allowed Corda to acquire, in April of 2001, a newly-constructed, environmentally-controlled building with space for an extensive library, a small studio for musical recording, permanent archival storage, and facilities for scholarly study of the artist’s works.

Corda relies on the public for donations to fund its projects. All contributions are applied exclusively to these efforts. Administrative and operating expenses are being provided by Corda’s founders. Donations are tax deductible and the Corda Foundation welcomes contributions from individuals, corporations and institutions, private and public foundations, and the use of planned giving strategies including bequests, charitable remainder trusts, and charitable lead trusts.

If you would like to obtain additional information about the Corda Foundation, a 501c(3) public charity, or would like to help in its mission, please call (646) 415-8147 or use our contact form to send us a message.

David Rosenmann-Taub possesses an absolutely exceptional quality and tone. I see no one who dares to approach poetic expression with such a heartrending violence. The pain of living, the despair and harshness of one’s daily ... experiences and the obsession with death inspire, line by line, this lyricism that is overflowing with ardor.
The book [Cortejo y Epinicio] is suffused with an almost delirious humor and play of imagination. Such is the magic of art (when it is conjoined with that of sincerity) that the final impression given is of beauty."
— Francis de Miomandre

In addition to editing and publishing more than 40 volumes of poetry, Corda is pursuing a variety of projects:

Besides making Rosenmann-Taub’s poetry known in Europe and Latin America, the Foundation is supporting its translation into other languages.